In my planning for this autumn’s high school literature class, I read some great books. I just read Code Name Verity (Elizabeth Wien), Internment (Samira Ahmed) and The Hate U Give (Angie Thomas). While there are external similarities (all three are books about young women resisters), there are some significant differences I’d like to highlight. 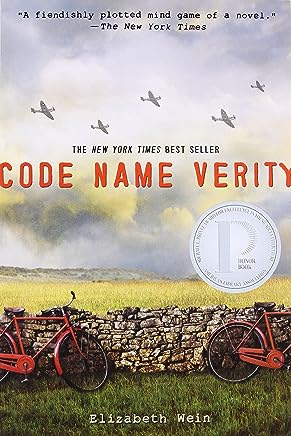 Code Name Verity is a WWII novel about two young women involved in war work that was traditionally done by men. The first half of the book is told by Queenie while being interrogated by Nazis after her capture in occupied France. The second half of the book is from Maggie’s perspective. Maggie is Queenie’s pilot and best friend, whose plane crashed into occupied France. They are working in parallel to survive their capture and save Europe from Nazi occupation. 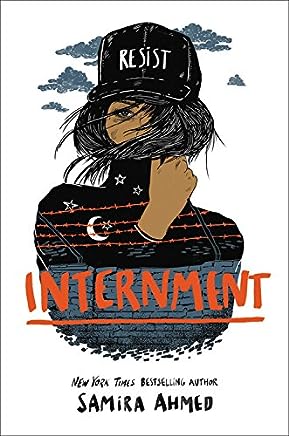 Internment is a near-future novel about Muslim-American citizens who have been rounded up and interned as purported dangers to their country, just as Japanese-American citizens were during WWII. The narrator is Layla, a high school tennis player who is blindsided by the internment. She becomes the chief resistor in their camp as she works toward ending the internment.

The Hate U Give is the story of Starr Carter, a high school student who is with her oldest friend Khalil when they are pulled over by the police. A white policeman kills Khalil, much in the manner of Michael Brown, and Starr is the lone witness. She struggles to testify to the horror of Khalil’s death and the beauty of his life and in doing so becomes the mouthpiece for her neighborhood.

All three books pulled me in.  I was delaying dinner and dodging laundry in order to keep reading. All four protagonists were well-drawn and good narrators who are fighting for their lives and for the lives of those around them. All four young women are worthy role models and relatable characters.

However Internment really read as the story of an event: the frightening but too imaginable next step from where we are now. Like The Hunger Games, which continually shocked me as it took aspects of our current culture and magnified them just enough to show how horrific they really are, Internment answered the question, “What if…” As Layla’s understanding of her situation developed, the readers’ did too, but our understanding of the other characters around her did not develop. Layla’s boyfriend, her parents, the other Muslims in the camp, and even the guards fulfilled roles in the story, but no one else had a character arc. Even Layla’s own arc didn’t encompass a deeper transformation beyond surviving her internment.

On the other hand, both Code Name Verity and The Hate U Give are beautiful stories of relationships and individuals in the midst of harrowing circumstances. While WWII is an enormous event and defines all their circumstances, Queenie and Maggie are fully-realized characters whose actions shape them and weave seamlessly with the deeper lessons they as people are learning. The Hate U Give has rich sub-plots and secondary characters drawn with deft brushes. I wanted to meet Starr’s parents. I rooted for her brother and her boyfriend. I wanted to be at home in her neighborhood. Uncle Carlos’s job fulfilled an important role in the story, but I never felt he was a token character. He was real to me as I fell headlong into Thomas’s masterful tale.

We will read Internment as a part of our US Government Class to understand the dangers of our current trajectory, but we will dive deeply into Code Name Verity and The Hate U Give for our literature class. Both books are so rich in characters and quandaries I have no doubt we will have enough to discuss for many class periods. More importantly, our souls will be richer at the end.